Really don’t know what to say. Except that I’ve once again gone to figure that I don’t have to talk about what’s on my mind, because I’ve somehow arrived at that place where keeping it all in is ok. Is there such a place? I never realized it before, but I actually believe that if I were mature enough, or better somehow, I wouldn’t have to write about or talk about my issues. Somehow it would all get solved inside my head, I’d deal with all my emotions appropriately and in a timely manner (I don’t even know what the hell that means), and wouldn’t ever have to take it to the degree that I dislike- speaking completely openly about whatever is bothering me, big or small. And perhaps all along, that’s been my goal here. I’d talk about all the stuff I’ve already been through, see how stupid I am for worrying about any of it, then learn to keep my mouth shut. I am seriously…disappointed is too weak a word. But definitely unhappy to realize this. ‘sigh’ I know that hasn’t been my complete motivation, but now looking at it, I can’t deny that it’s been there this whole time. Even though there has been a lot of good in maintaining this diary, and giving myself a space to be honest, I still see myself as weak for needing it, for depending on it at times. ‘sigh’ I’m actually feeling very conflicted here. On the one hand, I want to keep this diary, this communication forever, and to have it as part of who I am and what I do. On the other, I want to be past needing this, past those days where, in the middle of struggles and issues, I couldn’t wait to get home to write all about it, and lay it all down. Granted, for the most part I don’t feel that clawing desperation the way I used to, and most times I can handle things as they come. But without feeling like this is still okay, it’s getting hard for me to keep this up, aside from obligation or talking about little things (yes, nail polish). I’m seeing that I felt that way about the therapist, too. That the whole point of seeing her was so that she could point out to me what a weakling I was being, because other people don’t fall apart at the ups and downs of life. Other people take traumas in stride. Only weaklings like me end up struggling with them. The worst part is that intellectually, I know none of this is true, and that most people rather pretty up and pretend than be honest, which is hard work. Emotionally, though, I completely believe it. What I hate is that despite the progress I’ve made, part of me longs to be with them. To pretty up and pretend instead of slogging through mountains. Yet when I think about where I was when this whole process began, when all I did was pretty up and pretend…things were unbearable. I couldn’t sleep, my anxiety was through the roof, suicidal fantasies (and I actually looked forward to having them; they were the highlight of my day), tears to fill an ocean, all kept inside. Through the process of working through and talking through my anxiety and depression, it’s not as if I haven’t struggled with all of those things, but it gave me a breather, a chance to hit the surface from time to time and get some air. How quickly I forget. I know, in all this, it’s because I’m still programmed to see what I need and what I do as handicaps, and to see myself as perpetually weak and damaged. I also see that I tend to quickly form beliefs about things, even if I’m unaware of it, and those beliefs will thereafter guide my actions until I bring them to light and challenge them. It’s funny. Challenging strongly held beliefs was one of the first things we worked on together, and yet I thought that by having made myself aware, I’d stop doing it. Apparently not. But I actually feel better knowing where all of this is coming from. It’s still amazing to me.

It’s been…ok, I don’t even know how long I’ve been doing this. (I could check, but then I’d have to erase that starting sentence and it feels more impactful this way.) However long it’s been, it’s been a long, strange, difficult ride trying to learn how (read: force myself into) into being less shy and sharing meaningfully. I’ve talked around it before, but mostly it’s been a sense of obligation that’s gotten me this far. But, as my posting schedule has made clear, it hasn’t been enough.

New Year celebrations can make you think of all sorts of things, all sorts of ways to change and improve. While I’m normally not the type to make resolutions or promise any big changes, for once I want to take the opportunity to make a change that really, I’ve wanted all along. As I’ve mentioned in posts past, I’ve struggled with both anxiety and depression for many years, and in the past 6 or so months I’ve finally felt free of the worst of the depression. It gave me an opportunity to deal with my anxiety one on one, something I’d never done before. It also helped me to realize that keeping myself back so much has played a role in some of my depressive thoughts, as well as my anxious ones. In this…there have been so many times I’ve wanted to write about so many things. So many times I’d pull up the page and have my hands curled over the keyboard, ready to go, only to say, “What’s the point?” and shut it all down. So many times I’ve wanted to connect, but ran away, connecting only to anxiety. Honestly, I want to do the same right now. But this cycle…I’ve fought with health issues, traumas, lack of energy, spirals of negative thoughts, intense psychic pain, panic attacks, PTSD, and suicidal thoughts, sometimes to the point where thinking about suicide was the highlight of my day- a fantasy I enjoyed. But I decided that despite all that, I was going to stay here. If I’m staying, then things have to get better. Sometimes it means believing beyond what the odds say, and doing the opposite of what all your negative conditioning tells you. Anxiety has been my caretaker for so long (more on that in another post), but I’m grown up now, and there are things I want to do. 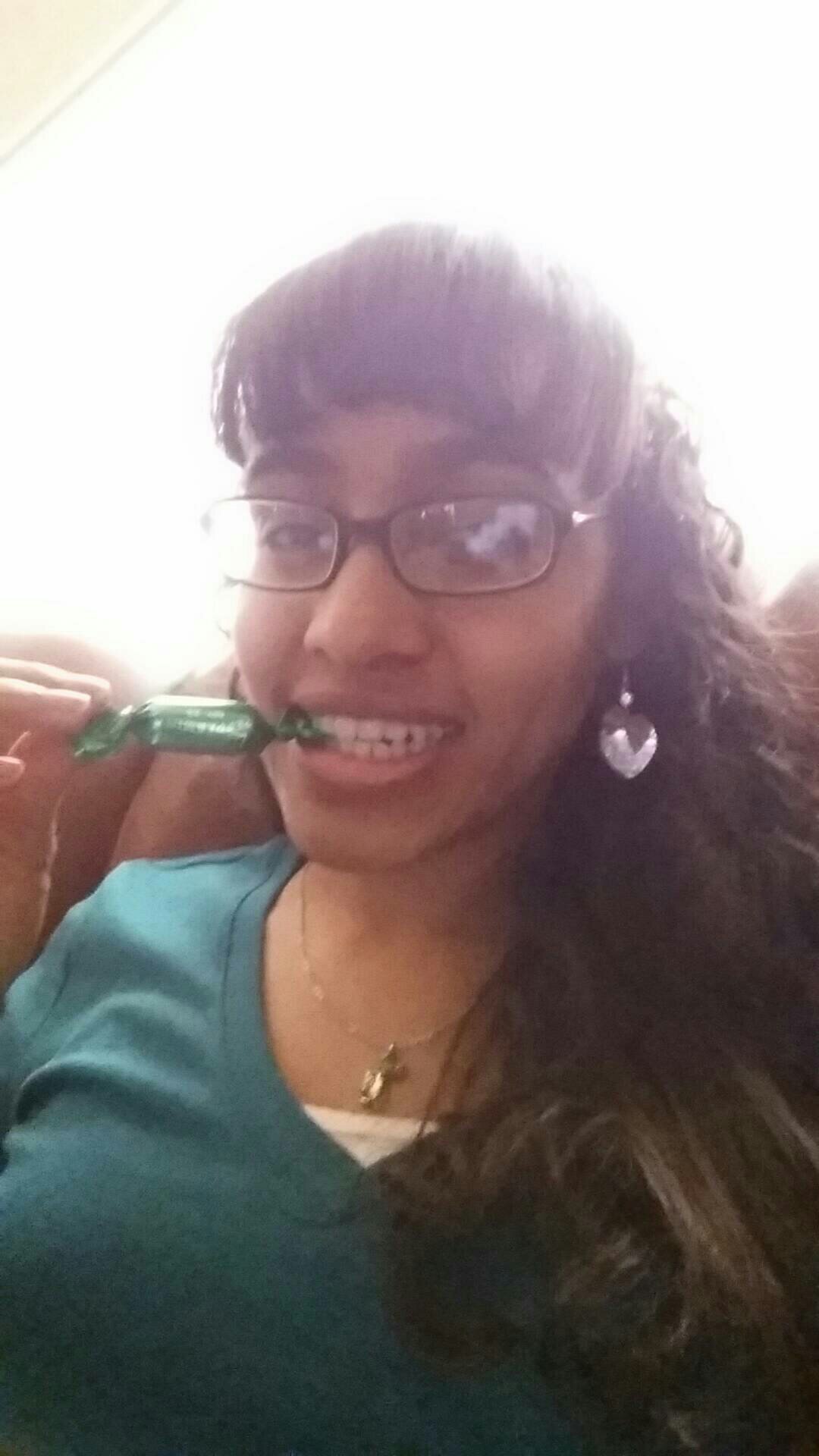 So hello. My name is Jenilee. I live with my husband, three kitties, and one puppy in lovely Oregon, where we have adventures in Oregon. (Not really sure what that means.) My passions are writing, singing, tea, and doing my nails. (Seriously. I have about 220 polishes at the moment. Small time compared to some, but I’m proud of it.) I was born with a rare form of muscular dystrophy, so working has become more difficult, but most days I do pretty well.

So where do things go from here? Honestly I’m not sure, though for once I’m not worried about it. I realize that I’ve been selfish about this whole prospect. For those who have been reading and keeping up with this blog, thank you. A gigantic thank you, for connecting even through all the times of disconnect. It’s been too long that I’ve been inconsistent here, for fear of saying something stupid or pointless or that sort of thing. But maybe the point is to risk sounding stupid or not making any sense. And to risk sounding wonderful and making perfect sense. I’m scared of that too. Those who are reading who might also be battling anxiety- let’s be scared together and plunge through anyway. Thank you again.